Experience is an asset that can only be earned over time. With an average tenure of over 20 years in senior housing, the Leadership Team at Eddy Senior Living embodies the idea that working here is anything but just a job. Our team of dedicated professionals do their best to inspire and lead through their actions. Their commitment to superior Senior Housing is to enhance the living experience of each resident and to support and enable the success of each co-worker. 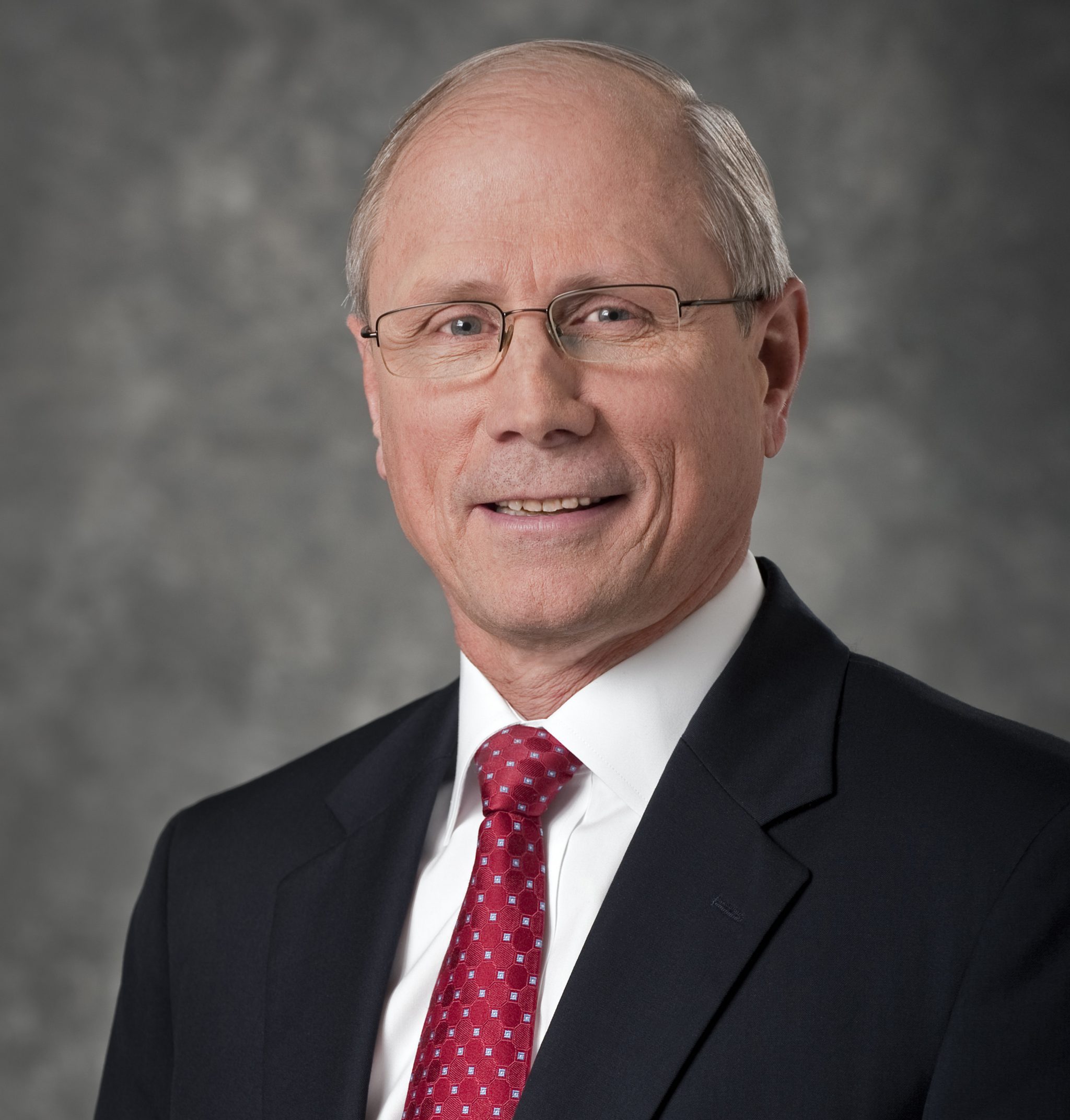 Committed to serving since 2012

Dr. Reed received his undergraduate degree in economics from Amherst College, then attended the Wharton School of the University of Pennsylvania where he received his MBA. He then attended Cornell University Medical College, where he received numerous clinical prizes and became president of the school’s academic honor society. He completed residency training in Family Practice, receiving the Mead Johnson Award as one of the nation’s twenty best residents, and spent nine years as a partner in a private group family practice in Albany, New York. 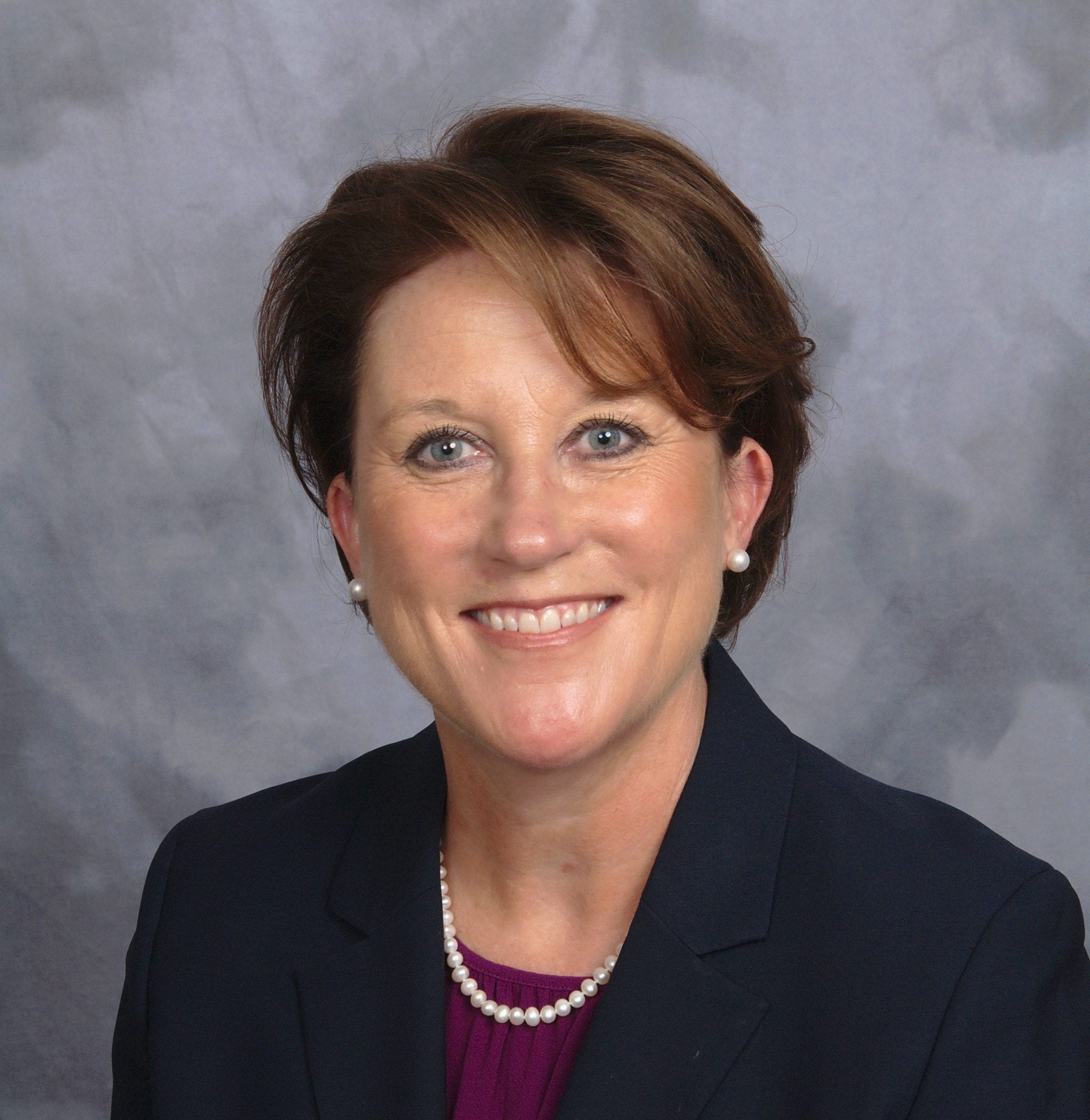 Committed to serving since 2015

Baker is a licensed nursing home administrator with a master’s degree in speech language pathology and a bachelor’s degree in communication disorders, both from the University of the Pacific. 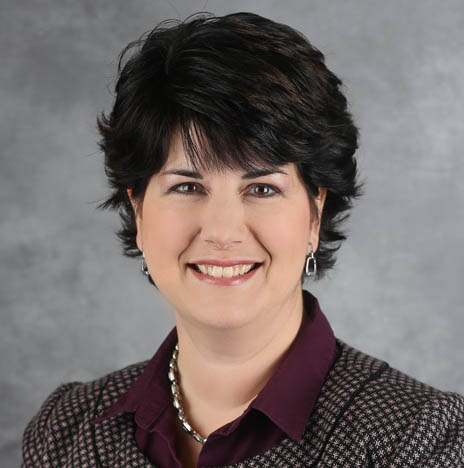 Committed to serving since 1991

Through my 27 years working for Eddy Senior Living, I am continually inspired by the passionate commitment of our leaders and colleagues as they strive to provide the highest level of service to our residents.  The residents of The Glen at Hiland Meadows,  and  all the Eddy Retirement Communities impress me with their stories of lives lived well.  I am honored they have chosen our communities as their homes.  Working together with the Board of Directors, my colleagues and residents, I am committed to providing the highest quality of life possible for our residents, and a positive work environment for staff. 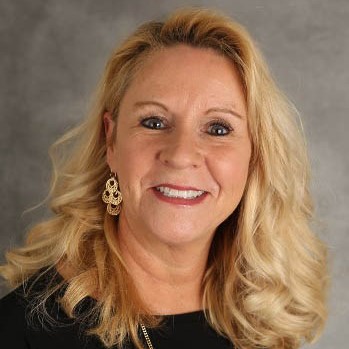 I am proud to be a part of the Eddy’s vision of providing the highest quality of customer service for our residents, and their families. Developing relationships and forming genuine connections are very important to the team at Eddy Hawthorne Ridge. I am committed to providing a compassionate, warm, and supportive environment for all of our residents so they feel safe and cared for. I could not picture myself working in an environment other than senior housing, and assisted living, it is inspirational. 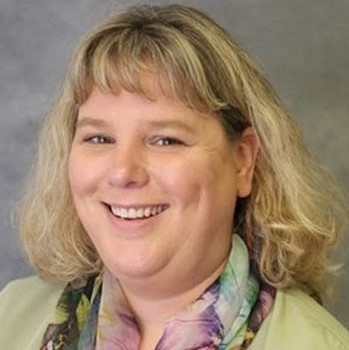 Committed to serving since 2016

I am committed every day to provide an environment of dignity and respect to all individuals we serve. The staff at Beverwyck is committed to ensuring that each resident continues a meaningful and fulfilling life.  The Beverwyck community is one in which we foster an atmosphere of independence and autonomy. Beverwyck is a place where ideas can be exchanged, innovation and progress are sought after, and where the well-being of others really matters.  Each day, I am inspired by the relationships between Residents and staff and am so thankful for connections and bonds I have had the privilege to form and continue to develop.  The Eddy name is synonymous with quality and compassionate service and care, and I am proud to lead the Beverwyck team. 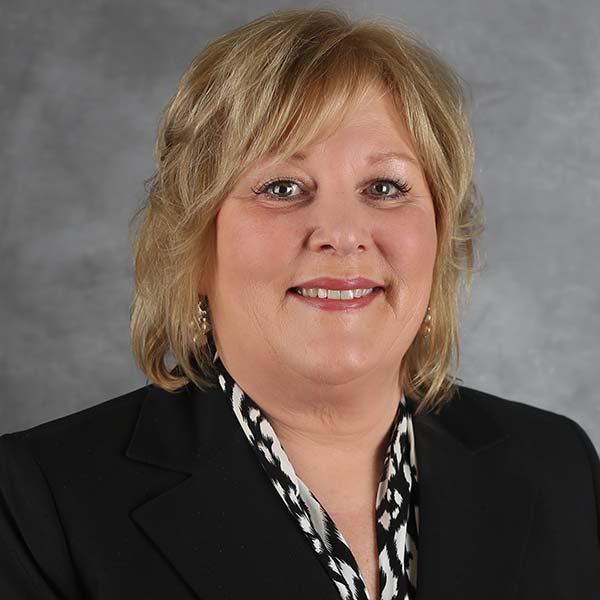 Committed to serving since 2015

My passion is creating an atmosphere dedicated to enriching the lives of our Beechwood residents. Together with the Board, staff and residents we accomplish this! I’m inspired by the way our staff encourages and embraces the needs of our residents and their families. Our daily focus on delivering exceptional customer service is the cornerstone of our success. We are proud that our residents call Beechwood their home. 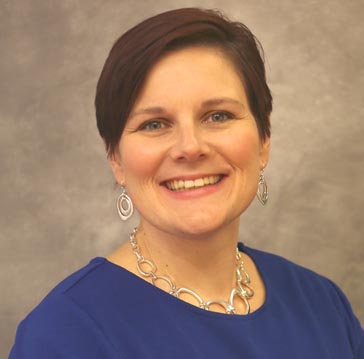 Committed to serving since 2010

I am proud to be a part of the Eddy’s long standing commitment, innovation and excellence in the field of Memory Care.  Our memory care philosophy of recognizing and embracing the individuality of each of our residents, allows us to create a home for our residents, that is supportive and caring.  The amazing team of dedicated professionals that I am fortunate to be a part of, strives to put the residents first in everything we do.  We believe by doing this, we will ensure that every day the residents of Marjorie Doyle Rockwell Center are living the best life possible. 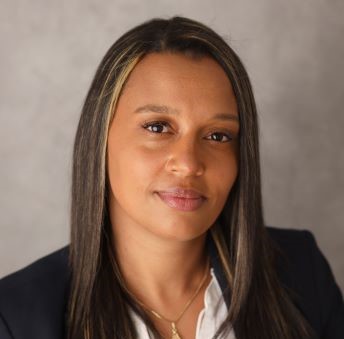 Committed to serving since 2020

For the past 14 years, I have had the pleasure of working in senior living. During my tenure, I have learned to value the friendship, mentorship, and wisdom that the residents shared with me. I am devoted to providing the best quality of life to the residents at Glen Eddy and to creating an environment filled with compassion, engagement, innovation, love, and most importantly, laughter.  I believe in the Eddy Senior Living mission statement and our continuum of care philosophy. This continuity fosters an environment for our seniors to live their lives the way they want while enjoying peace-of-mind by knowing if their health needs change, they can stay with a system they know. It is my promise to ensure that each resident’s life story continues to flourish here at Glen Eddy. 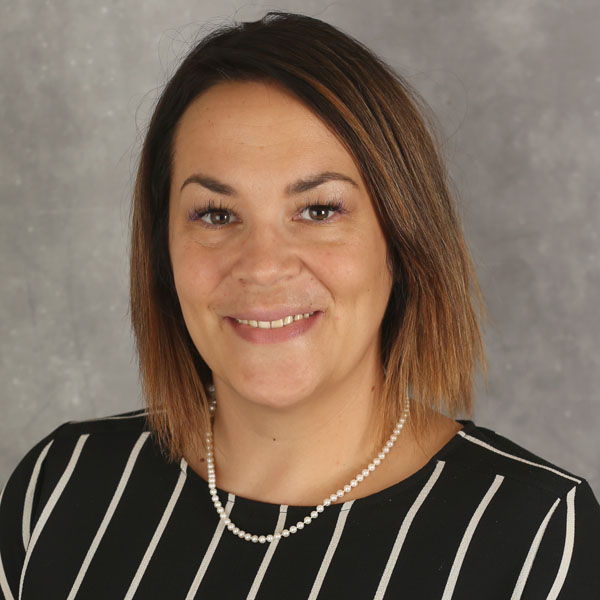 It is an honor to work with the team at the Beverwyck Terrace.  Together, we are dedicated in maintaining high quality care and preserving the independence of our residents.  One never forgets the moments in time when our lives are forever changed, for many that can mean transitioning to Enriched Housing/Assisted Living.  With this in mind, our team goes above and beyond to treat each individual with respect, compassion and dignity.  It is my personal goal to know every resident, have an inviting open door and a genuine smile for each resident. 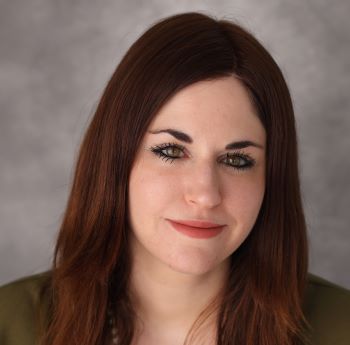 Committed to serving since 2021

During my tenure of working in senior housing, I’ve had the pleasure of serving and learning from the greatest generation’s stories and wisdom. I am honored to be able to continue to bring forth Eddy Senior Living’s vision and philosophy of care to The Terrace at Glen Eddy. My goal is to help our elders continue their story in our warm, homely atmosphere with the skill of the amazing caregivers at Glen Eddy. 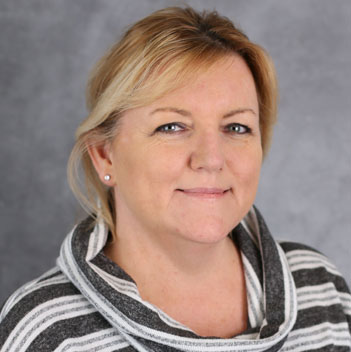 I am honored to be part of the amazing and dedicated team at Eddy Hawthorne Ridge. The staff at Hawthorne Ridge are committed to ensuring each resident receives the very best quality care and service. Staff provide compassionate care for those who struggle with impaired memory and cognitive function while maintaining each individual with dignity and respect, and help the residents to maintain their independence. I am inspired each day by the relationships between the residents and the staff and know that we are striving for our residents to enjoy the best quality of life in a safe and warm home environment. Our memory care philosophy is to recognize and embrace the individuality of each of our residents. Our team strives to develop meaningful relationships with all the residents and their families. 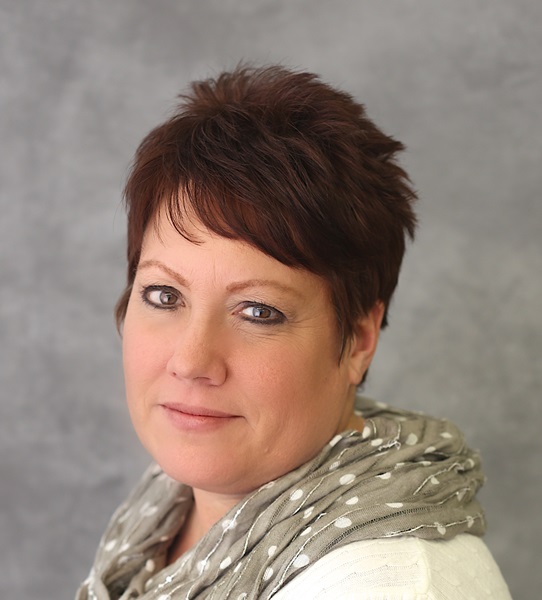 RICHELLE IVES-ARCHARD
The Terrace at The Glen at Hiland Meadows

Committed to serving since 2016

I am inspired by the staff at the Terrace at The Glen at Hiland Meadows, and feel fortunate to be a part of this team.  Together, we are working towards the common goal of putting Resident needs ahead of all that we do, ensuring that we are providing the highest quality of care while maintaining their independence, individuality and dignity.  I am committed to maintaining a caring and supportive community environment where staff are proud to work and Residents are proud to live.  I strive to develop meaningful relationships with Residents and their families, and to make a positive difference in their lives. 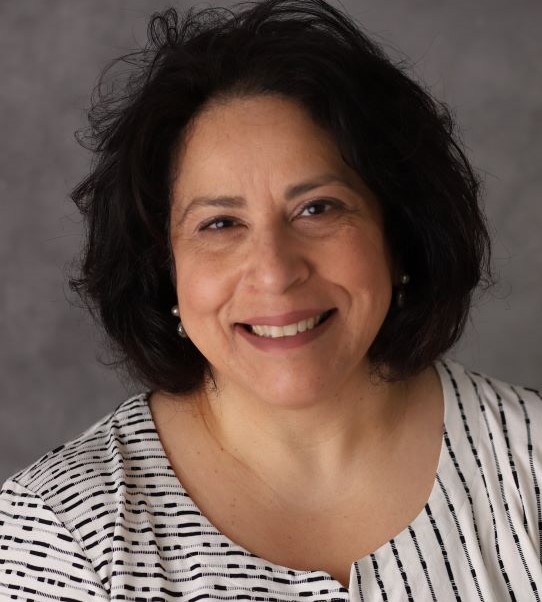 As the Executive Director of the Terrace at Eddy Memorial, my goal is to ensure that our residents receive exemplary care. We focus on providing a warm, inviting, comforting, and nurturing home environment for our residents to thrive. I am very proud to be a part of the Eddy Senior Living family. Working with senior leadership, management, and staff, I am inspired each day by the emphasis put on resident-centered care. As an important part of our local community, The Terrace is honored to have families entrust us with the care of their loved ones. We pledge to provide an environment of respect, dignity, and compassionate care; to enjoy the best quality of life, and embrace the individuality of each of our residents.