Respite care is most commonly used to give regular caregivers a break – or respite – from their daily responsibilities. However, for many seniors and their families, these short-term temporary stays have become an opportunity to “try out” our assisted living/enriched housing communities before becoming a permanent resident.

Here are the stories of four residents in our assisted living, enriched housing and memory care communities who joined us for a respite stay and decided to make Eddy Senior Living their home. 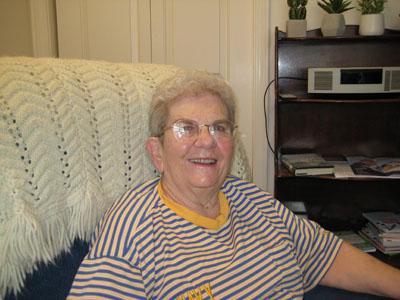 Corinne C. came to the Terrace at Glen Eddy for a three-week respite stay after rehabilitation, but when she returned home, she realized the upkeep of her in-law apartment was too much. “I was tired of it taking all day to do things around the house,” explains Corinne. “I was happy with the care I received during my respite stay, so I decided to return as a permanent resident.”

Corinne loves that there are so many things to do at the Terrace at Glen Eddy. She especially enjoys the exercise classes and swimming pool. However, her favorite part about assisted living / enriched housing is that she doesn’t worry about chores anymore. Beds are made every day, and housekeeping is done for her. “It’s like staying in a 5 star hotel, or living in a spa,” adds Corinne. 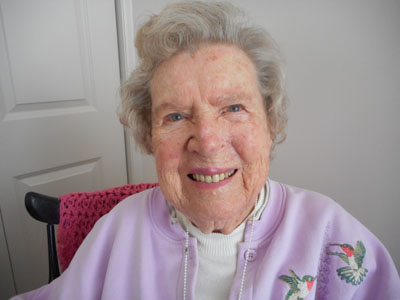 Sigrid B. was at a point in her life where her eyesight was failing and she knew she needed more help. “I was familiar with Beverwyck because my sister lived here for 4 or 5 years before moving onto skilled nursing,” recalls Sigrid. “I also had another friend who lived here and described the hospitality as being on a cruise ship every day.”

Sigrid’s son suggested a respite stay to make sure she liked it, but as the days and weeks went by, Sigrid became more and more comfortable. “I knew this setting was where I wanted to be.”

For Joan T., her respite stay came when she was unable to return home and climb stairs following a medical issue. Joan’s daughter suggested the enriched housing at Beverwyck. “I was unsure at first, so I wanted to try it out,” admits Joan. “But I loved the people and now I’m a permanent resident.”

Often, the transition into a memory care community is more difficult on the family than it is on the resident, which is why many families choose to start with respite care to see “how mom or dad does” before making the move permanent. As was the case for Louise B., when the respite stay goes well, it can help ease the family’s concerns.

In fact, within a few months of Louise’s stay at Memory Care at Eddy Hawthorne Ridge, she returned as a permanent resident. She was able to move into the same memory care house that she was in for her respite stay and reconnect with the residents.

“My favorite part of living at Eddy Hawthorne Ridge is the food,” says Louise. “It is good and there is always enough of it.” Both Louise and her son also like the fact that he is able to visit and attend activities with her, or take her out for the day.